Portland, USA, October 27 (IPS) – Illegal immigration is a crisis of the 21st century that will only get worse with the consequences of climate change.

In addition to poverty, civil war, and violence, rising temperatures, widespread droughts, frequent floods, and rising sea levels are making some parts of the world uninhabitable. The result will be climate-fueled instability and millions of people will likely be displaced for their survival.

With the help of social media and smugglers, thousands of migrants are coming to the border in boats, motor vehicles and even on foot, requesting entry into the country. Refusal of entry and / or deportation to their own country, especially when immigrants seek asylum or come from a failed state, has created serious dilemmas for the government.

International studies have shown that about 15 percent of the world’s adults, or more than 800 million, want to immigrate to another country. When children are included, the number of people willing to immigrate rises to more than 1 billion, or one-eighth of the world’s 8 billion population.

Population size imbalances between economic, social and environmental forces affecting illegal immigration. For example, where the populations of Latin America and the Caribbean and North America were about the same size in 1950, the population of Latin America today is almost double that of North America and is expected to remain so for the foreseeable future (Figure 1). 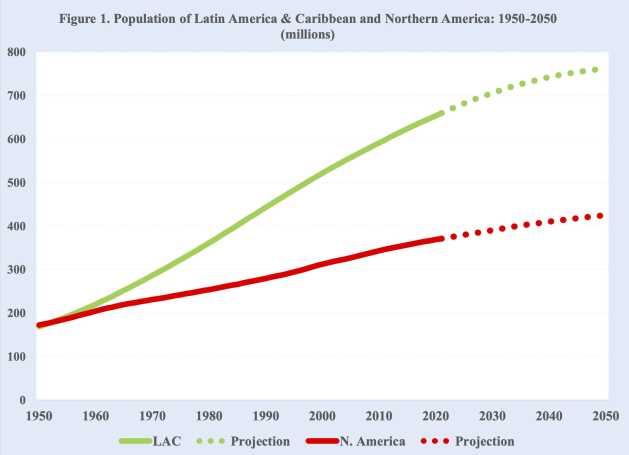 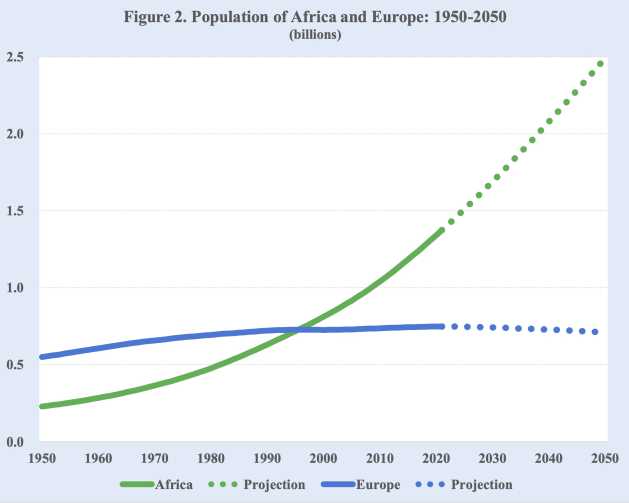 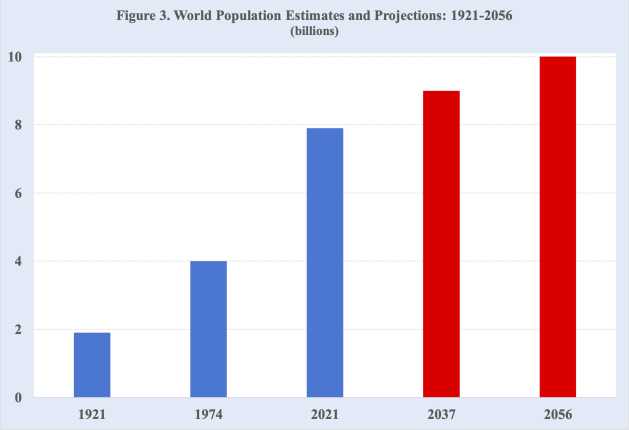 Inequality in human rights is also contributing to illegal immigration. The Universal Declaration of Human Rights states that everyone has the right to leave and to return to his country (Article 13). However, the declaration does not give the right to enter another country without approval.

Due to the lack of legal immigration rights, immigrants are leaning towards illegal immigration and many claim the right to seek asylum, Article 14 of the Declaration, for entry into the destination country. Once in the country, unauthorized immigrants believe that even if their asylum claim is rejected, they will not be repatriated, which is usually the case.

The European Commission has reportedly taken strong measures to prevent illegal immigration by ensuring that each European Union (EU) country controls its own part of the EU’s external borders. Increasingly EU states are building walls, fences and even military power and technology to protect their borders against illegal immigration. Recently, the interior ministers of 12 member states claimed that the EU would finance a border-wall project to stop the entry of migrants through Belarus.

Despite these measures, from January to August 2021, illegal immigration to the EU increased by 64 percent compared to the previous year. Along the Western Balkan route, illegal crossings in the EU have almost doubled, with most coming from Syria, Afghanistan and Morocco.

Illegal immigration to the United States has reached record levels. Officials have detained 1.66 million illegal immigrants, including 145,000 unmarried children, the highest level recorded at the U.S. southern border in fiscal year 2021. Immigrants were from 160 countries, many of whom were looking for economic opportunities.

Many governments tolerate illegal immigration. Administrative guidelines recently issued in the United States, for example, instruct immigration officials that they will no longer detain and repatriate immigrants solely on the basis of their illegal status; The focus is on those who pose security threats. Also, the application against illegal entry and illegal residence in Germany is generally weak and the authorities tend to look differently at unauthorized migrant workers.

How to deal with illegal immigrants in a country remains a controversial political issue that most governments have not been able to address effectively. Although some want to propose the path to citizenship, others recommend repatriation and others prefer to maintain the status quo.

Reasonable future levels of legal immigration will be insufficient to absorb a fraction of the estimated 1 billion people who want to immigrate to rich countries. As a result, future illegal immigration is likely to be many times higher than it is today

In addition, climate-related migration will become a more complex challenge in the coming decades. A recent landmark ruling by the UN Human Rights Committee says it is illegal for a government to deport people in a country where their lives are at risk due to the climate crisis.

Among the many aspects of the illegal immigration crisis that governments need to address are three important questions:

Failure to address them and related issues effectively will only exacerbate the 21st century illegal immigration crisis that will only get worse with climate change.

Joseph Chami A consulting demographer, a former director of the United Nations Population Division and author of numerous publications on population, including his recent book. “Birth, death, migration and other important population issues“

Where’s the next one?

Leon vs Marseille abandoned after Dmitry Payet hit the bottle