Capitalism is the economic system that most developed countries have adopted for growth and prosperity. Its Marxist definition, describing the principles of acquiring wealth through the allocation of profits, certainly has many flavors. But all means that private ownership and free enterprise are the main inputs.

Methods of wealth creation have changed over time, proving their extraordinary plasticity. Today, capitalism knows four configurations: two inherited and adapted from previous eras and explored here, and two that have emerged recently through regulation and disruption and are covered in later articles.

Far from being mutually exclusive, these forms often work together.

The diversity of capitalism is not a static phenomenon: it is described as creative destruction as a result of a dynamic constraint on the development process.

As the system has evolved, so have the operating and profit-making models of corporations.

Commercialism emerged in the 16th century through the internationalization of trade routes and relied on forced labor as well as imperialist, protectionist and monopolistic policies. In 1600, for example, the London East India Company was granted exclusive rights to any trade east of the Cape of Good Hope, marking the beginning of merchant capitalism.

Industrial capitalism took shape there. Its institutional version is the result of socio-economic modernization and technological advancement as well as legal advances. And it is in contrast to merchant capitalism that state intervention was replaced by private enterprise.

The system was fed by the 18th century Industrial Revolution. The interaction between its four main characters – landlords, merchants, industrialists and workers – is illustrated in the following graphic.

Assets acquired by zamindars, factory and mine owners and merchants. The output produced by the workers should be sufficient for the benefit of those in effective control of the capital. Instead, the capitalists had one main purpose: to amass wealth.

Merchant bankers and financiers such as Bearings and Rothschilds in the 18th and 19th centuries lent their own money to speed up the process.

The classical model of value creation

In a classical, mainly industrial capitalist system, higher incomes are generated as follows:

Capital may be accumulated by the owners after the settlement of the business, but many industrialists of this model are long-term and often lifelong owners. For private businesses, retained earnings are the main source of funding; Capital debt is secondary.

This was the economic environment in the days of Adam Smith and for most of the 19th century. It turned into an era of industrial trust, where Andrew Carnegie and John D. Rockefeller ushered in the era of Big Steel and Big Oil.

The modern incarnation of the classical model

So what sort of corporation is applying this model today? Technology companies, especially gig economy companies, are prime examples. Gig workers, in many cases, have less protection than workers in 19th-century factories: many lack employment contracts, paid leave, medical coverage, or company-backed retirement plans. For start-up business models, such measures help reduce operating costs, although there are many negative spillovers, including job instability and social inequality.

The increased use of private vehicles by long-distance work and self-employed delivery drivers – the UK’s “gray fleet” – is also reminiscent of an earlier, classical era. In the 18th century, artisans often worked from home on a freelance basis. Some use their own equipment to complete sub-contracted tasks by a manufacturer as part of the labor department. The compulsive economy of scale eventually brought the group of workers under one roof.

Some delivery platforms now lease their workers bikes and automobiles just as 19th-century corporations lent manufacturing equipment to artisans so they could work from home.

Although, as this series will show, the classical capitalist model has lost ground to a more dynamic form, it is still much more alive. Expansion of the on-demand economy means tapping more workers, calling in by employers if necessary, freelancing on zero-hour contracts and available at the moment notice.

Towards the end of the 19th century, during the so-called Second Industrial Revolution, corporate financiers like John Pierpont Morgan reused their own capital to contribute equity to their clients’ industrial concerns, rather than simply raising debt.

JP Morgan coordinated the integration of the rail system in the 1880s. An early supporter of the inventor Thomas Edison, he merged Thomson-Houston Electric in Massachusetts in 1892 to combine Edison General Electric in New York to become a general electrician. Nine years later, he financed the merger with two of Carnegie Steel’s rivals. US steel form.

Merchant bankers and other financial institutions did not become the primary lenders and investors of other people’s money in the early 20th century.

An important reason behind this evolutionary step of the capitalist economy was the separation between corporate managers and corporate owners. In the 1900s, for example, Andrew Carnegie no longer ran his steel empire: it was run by his business partner, Henry Clay Frick.

Three years after the Great Crash of 1929, Adolf Berle and Gardiner Minus were published Modern corporations and private property, Emphasizing what has soon become the norm for U.S. companies other than founders- or family-run enterprises. The shareholders did not conduct the business, the expert custodians did.

Corporate executives become the focus of management consultants on books like Peter Drucker The concept of corporation About General Motors. Leadership was given to professional managers, or what John Kenneth Galbraith called “technostructure.”

Another stage in the evolution of modern economics took place in the late 19th and early 20th centuries. Corporations were not only run by their owners, but shareholders no longer managed their own assets. Gradually, they began to receive advice from a new species of financiers whom we today call asset or fund managers.

A century after the collection of essays by Louis Brandes Other people’s money and how bankers use it, Third party fund management has now become a big business

Making money behind other people’s wealth was nothing new. The Spaniards exploited the mines of Mexico and Peru in the late 15th and early 16th centuries. They then send the extracted silver and a fair amount of gold back to the old world. The same rule applies to all major European countries who stole wealth from their colonies. As Bankim Chandra Chatterjee, a 19th-century Bengali novelist, observed, “The English who came to India that day were plagued by epidemics – stealing other people’s wealth.”

Indeed, every empire since ancient times has been governed in this way. They have all become rich behind the property of others. The main difference with capitalism is that in the imperialist system, the snatched capital never has to be recovered and no interest has to be paid on it. It was occupied by following the rules of business, not administration like capitalism.

The modus operandi of shareholder capitalism, illustrated in the chart below, includes:

Creation of value in shareholder capitalism

The basic foundation of this system is technical skills. Most corporations gradually adopt it, mixing internally generated assets with capital raised from third parties.

The vertical consolidation in the 1920s and 1930s and the aggregate trend from the 1960s were built on the principles of shareholder capitalism. That system became old. Think of General Electric, which bought and sold hundreds of businesses during Jack Welch’s tenure and was obsessed with Lean Manufacturing and Six Sigma.

The “supermanager” era has given birth to the intellectual system, an idea that has come under increasing criticism due to social costs, as described. Torture of merit And Meritocracy trap.

Industry and shareholder capitalist models were the dirty way to make money. Many multinationals have since faced serious inconsistencies. However, the practices derived from these two models have not disappeared, they have been upgraded. Today’s empire builders – financiers and tech monopolies like private capital fund managers – follow a more profitable, systematic approach to value creation.

They will be the subject of the next entry in this series.

All posts are the opinion of the author. As such, they should not be construed as investment advice, or the opinions expressed do not reflect the views of the CFA Institute or the author’s employer.

Sebastian Candarle is a private equity and venture capital advisor. He has worked as an investment executive for multiple fund managers. He is the author of several books including Debt trap And The good, the bad and the ugly of private equity. Candarley also lectured on alternative investments in business schools. He is a Fellow of the Institute of Chartered Accountants in England and Wales and holds an MBA from The Wharton School. 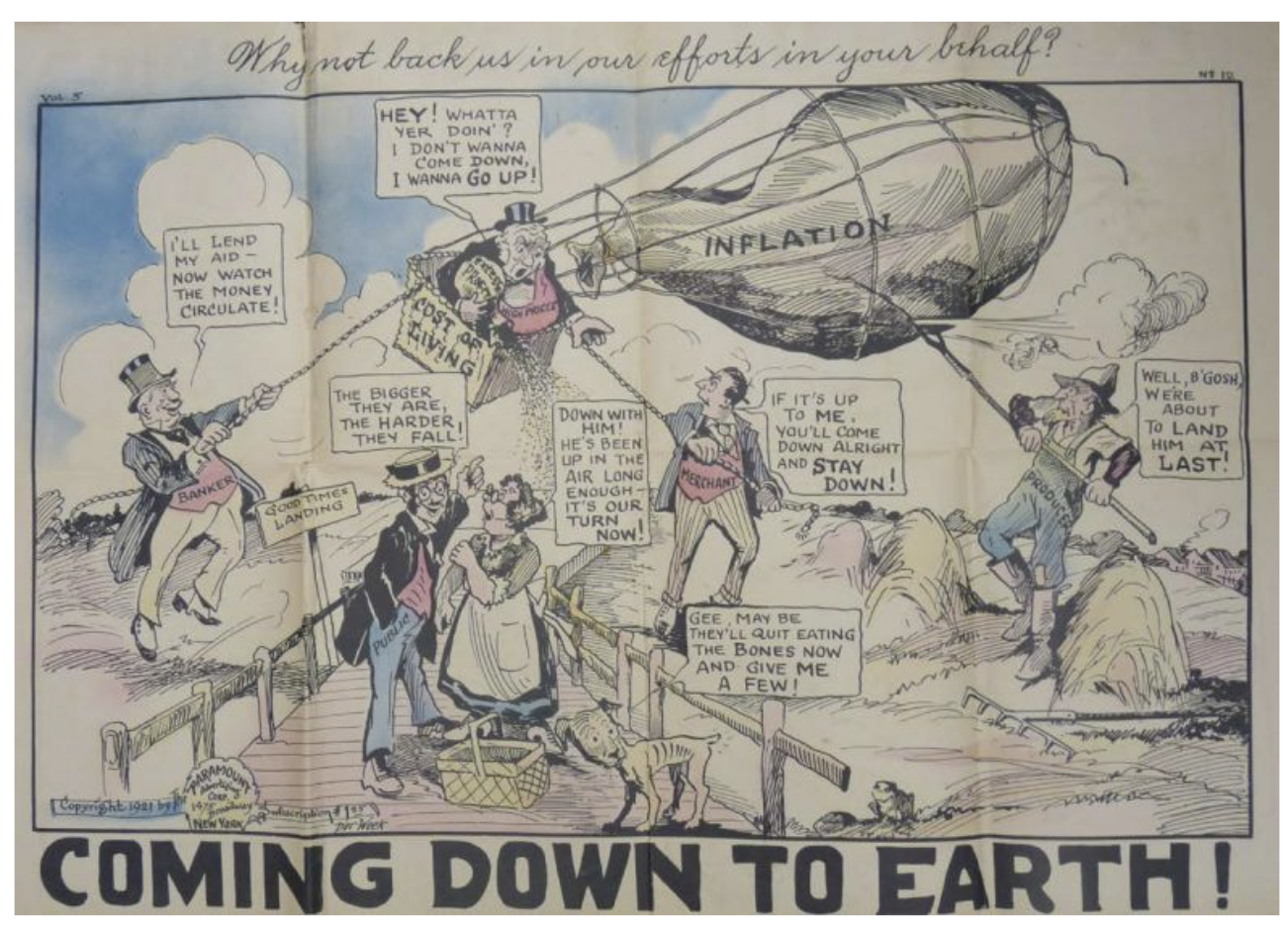