Israeli troops killed Palestinians during clashes in Jenin and Jerusalem on Sunday morning.

Palestinian Health Ministry spokesman Mohammed Halil confirmed to Al Jazeera that three Palestinians from the village of Biddu in northwest Jerusalem had been killed, identified by their families as Ahmed Zahran, Mahmoud Hamidan and Zakaria Badwan.

Helil also confirmed that Israeli forces had killed a resident of the village of Burkin, southwest of the town of Jenin, who was identified as 22-year-old Osama Soboh.

Hellil said a fifth Palestinian had been reported killed, but they had not yet received confirmation.

He added that the bodies of three Palestinians from Bidudu were in the custody of the Israeli army. Fourth, Osama Soboh, died at Ibn Sina Hospital in Jenin.

According to the state-run Palestinian news agency Wafa, Israeli forces raided a house in Borkin and surrounded Soboh after a gun battle with the army.

Zahran, Hamidan and Badwan were killed in an armed clash with the Israeli army after an operation in the town of Beit Annan near Bidru.

Al Jazeera correspondent Said Two Israeli soldiers were wounded in the exchange of fire. Israeli media have reported that the army has launched an operation to arrest Hamas operatives.

Raids and arrests have also been reported in Kufradan and Jenin villages in Yabad.

Last month, the Israeli army killed four Palestinians during an operation in the Jenin refugee camp that resulted in armed clashes. 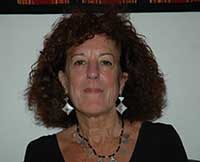 A man overdosed on drugs. The killer was convicted and lived in prison. – Because dot com
44 mins ago