Neil Moupe scored a dramatic equalizer in the last minute to save Brighton from an impossible draw in a 1-1 draw at Crystal Palace.

After both Chelsea and Liverpool failed to win over the weekend, a win for Graham Potter’s side could have taken them to the top but a Wilfried Jaha penalty from a half-time stroke sought to level them out.

It’s Palace who played with the necessary punches and aggression, shortened by Conor Gallagher’s scheduled blast that Leandro Trossard won the penalty after a lazy challenge.

Jaha – in the presence of his 400th maiden – converted from 12 yards, forged his eighth goal against the Seagulls.

However, despite limiting Brighton to a big chance, Moupe ran through the goal in the last minute and sent the end away wild with a great finish in the net.

Brighton players were seen whistling full-time with James MacArthur and Robert Sanchez before being seen verbally exchanging with Palace fans in the tunnel area.

Man of the Match: Connor’s throat

How did Maupe leave for the Seagulls so late …

Since Vieira took charge with their two center-backs, Joachim Andersen and Mark Guhey, they have been able to turn the palace into a more occupied-based team, making it very comfortable to launch an attack. From that base, the palace began to roar brightly with the help of their home, enjoying the derby nature of the game from the stand.

Despite their striking patterns in midfield, Palace were unable to seriously test Sanchez with just a powerful drive from Odson Edwards calling him into action in 20 minutes.

Brighton caught up with the Palace formation in the middle of the half and Sanchez fired the entire Palace team with a straight ball that sent Welbeck through the goal. However, Vicente Guetta showed a lot of attention to get out to his feet quickly to make an important save.

The game looked to go level at the break but Palace found a way just before the whistle. Joel Ward had a tackle with Welbeck and sent Palace into the final third. From there, Connor made a crack in the Gallagher box and was considered a hindrance by Leandro Trussard in the shoulder-to-shoulder challenge. Jaha stepped up and he made no mistake, finding the corner before rushing to celebrate in front of the far end.

Graham Potter made a four-back switch in the second half and Steven Alzate tried to recall Dan Burn and try to elevate the Brighton pitch. Lewis Dank tested Guita with a corner with a looping header but the Palace were relatively comfortable in their shape which is always found on the left counter and the gala’s visibility in midfield is bright.

Palace should have rolled out the points within 13 minutes but Jordan Ayou could not use his chance to play on the plate for substitute Christian Benteke.

Despite having only one goal advantage, Palace looked annoyed against a very weak Brighton in the closing stages. In the final minutes of the game, Brighton Palace’s goal had two attempts – a Shane Duffy header that didn’t really hurt Gaita and the winning goal that didn’t come out of nowhere in the last minute.

Palace may have thought the game was won because Guyehi switched off a long ball from above Joel Weltman and reacted quickly to the match. He was cool under pressure and skillfully put a great finish on Gaita to leave most of the space in Selhurst Park.

Man of the Match: Connor Gallagher

Hard, hardworking, full of blood – this is what you wanted from a player in the Derby atmosphere. But what Cherry put at the top of the performance was when the quality of the gala was in possession. He’s really an all-rounder who shows up to improve with every minute of the Premier League.

No Palace player has won a tackle like his for more than 0 minutes and it was his charge in the box that should have been the moment to win the match for the South Londoners.

Gallagher said Sky Sports: “It hurts a lot – we defended very well throughout the game and worked so hard for all of us. It seems like a loss, to be honest, we had three points there and then the lack of concentration we lost two points, everyone lost their way. .

“It’s just concentration, one minute left. We never blame one person. It’s a party issue and everyone is lost. There’s definitely something to learn.” Patrick Vieira expressed frustration with Brighton for bringing late parity and said the 1-1 draw was ‘hard to accept’.

Crystal Palace Boss Patrick Vieira: “The players are as disappointed as I am, the fans. It’s hard to concede a goal like the last kick.

“We have to watch the game and see how hard we have worked for them. They are a good side with a lot of confidence. We should take three points.

“We gave them a lot of problems. The way they played the last 15 minutes with the long ball didn’t look like they did. We left the door open because we didn’t score the second goal. It was an important moment for us.

“It was a tough game. Both teams didn’t do well.

“We’re improving. We’re getting stronger. We’ve played the first few matches against Chelsea, Liverpool, West Ham, we’ve been able to create chances. We deserve to get more points so far. We’re in a good process.” 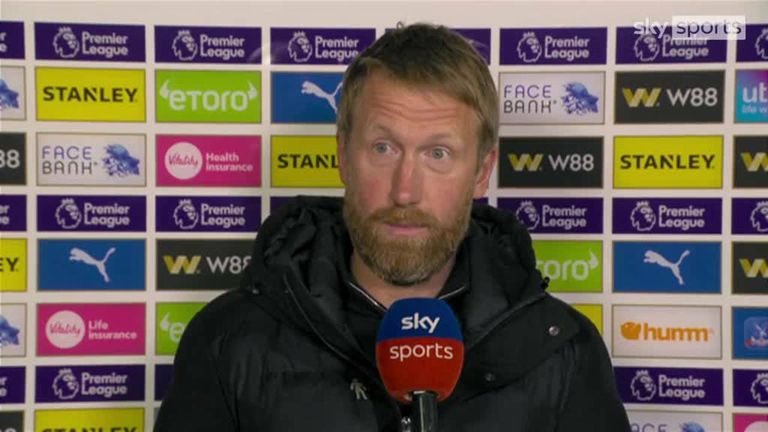 Graham Potter was expecting a tough match against rivals Crystal Palace and was happy with the points after Neil Maup equalized in the last minute in a 1-1 draw at Selhurst Park.

Brighton boss Graham Potter: “It’s a great feeling. It’s great for our fans. It was a tough game. We pushed and pushed in the second half. We showed great attitude to move forward. It was a nice finish for the equalizer.

“The crowd made a huge difference and they changed the way Patrick played.

“It was a tough game of tough fighting. I didn’t think there was too much of it. In the end we were happy with one point.”

“And [Burn] Has been injured for a long time and we felt that a change could help. We weren’t great in the first half, but we weren’t bad. We had some good opportunities. We wanted another player in midfield to help us make it. We didn’t control it the way we wanted.

“There’s resilience, faith and character. I don’t think it was a one-sided thing. We deserved to get one point more than Palace when we won 2-1 last time. It’s 13 points in six games, a good start. But we improved. I can do it. “

Player response: ‘I thought there was a last chance’

“It was a tough game. I thought Palace played well and we weren’t so good today but the team had resilience. We finally scored the goal so tonight we’re definitely happy at this point.

If he knew how late his goal was: “I knew because I asked the referee how long it was on the clock and he said the minute I was right, we may have another chance but we can’t. The ball went back to the defender and I believed That I can get it and in the end, I’ve scored so I’m very happy tonight.

“I need to see it again but when the ball bounced I saw the keeper not in his line and it’s hard for a keeper to run back and I was right, it’s my chance to put him on top and I thought I did well so I’m happy with that goal.”

Analysis: What happened in the end?

“I can only believe what I saw from what Guyehi did in the end. If you are going to do this in a game like this, you have to be punished in the Premier League.

“Goehi was brilliant throughout the game but at the last minute, he decided to let the ball go over his head. He knows he put his hand up but he lets the ball bounce.

“I was impressed with Palace and I’m sorry for Patrick. Connor Gala shouldn’t be on the team that didn’t win tonight. Palace should have won.

“I like what Jaha did with the ball today but in the Premier League, little details count. You can’t make these small mistakes in this league.”

“It’s his understanding of the things around him. He didn’t know Maup was there.

“Many times last season, you saw Brighton and felt they didn’t get what they deserved. But tonight was the same – they didn’t deserve to be on par because Palace was on the good side.

“Last season, they found themselves in that situation. Tonight Palace lost the chance they had. That’s football.” 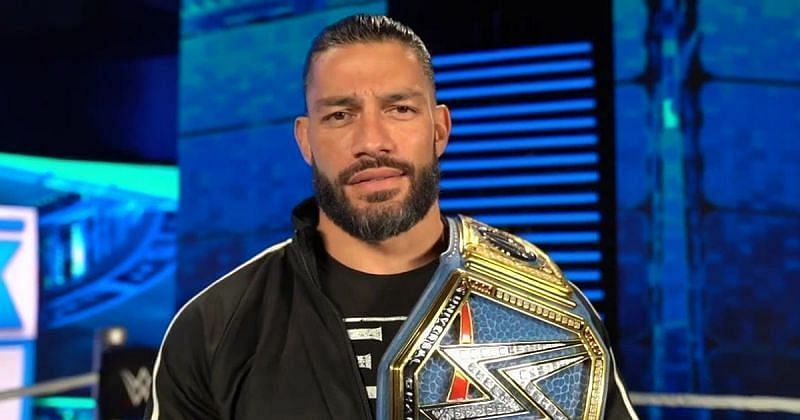